At FDT Safaris, we are dedicated to finding our clients the best trophies. This means we will bring you to the best locations to hunt dependent on your desired game, using concessions in the various regions in South Africa, Namibia, and occasionally Mozambique.

We can accommodate any hunting style to customize your African Safari to be the most enjoyable for you. Whether you prefer a rifle or bow, are looking to hunt small, medium, large, or dangerous African game, Frikkie will put together the perfect adventure to meet your preferences.

Not only can you decide how you would like to harvest your animal, but you can decide when. As we offer the unique opportunity for hunting all year round, planning your trip just got easier on your schedule! 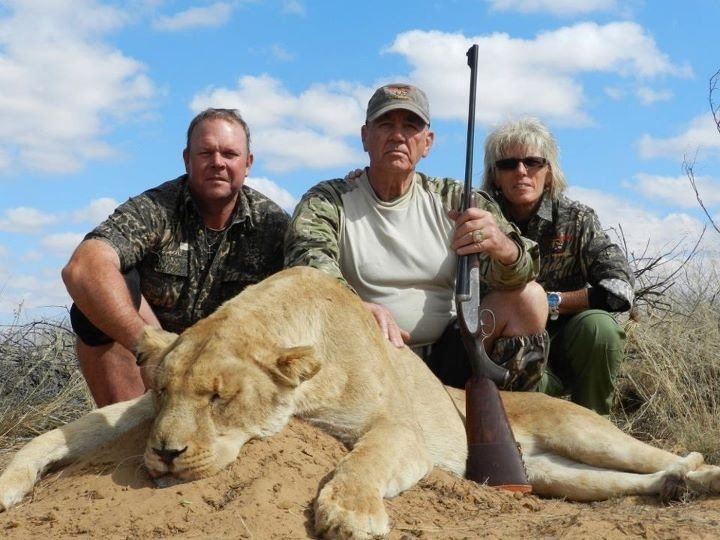 The most common method of hunting in Africa is with a rifle. Rifle hunting allows for a more convenient hunt by being able to deliver a precise shot from a distance to harvest your trophy.

Shotguns are mainly used for bird hunting and other small game in Africa.

South Africa offers some of the most spectacular wing shooting in the world, with a huge variety of birds and extremely generous limits.
Contact us to put together an great African bird hunting adventure to meet your exact needs.

South Africa offers some of the most spectacular wing shooting in the world, with a huge variety of birds and extremely generous limits. There are numerous species of doves, pigeons, grouse, francoln, and waterfowl.

Unlike some countries, South Africa still allows the use of lead shot. The only restriction is the prohibition of bringing semi-automatic firearms into the country for hunting purposes. If you have a good over-and-under or side-by-side shotgun you would like to bring along, it will not pose any import issues.

20ga vs 12ga shotguns for bird hunting South Africa – We do not have many gun shops that consistently stock an abundance of shotgun ammunition. According to the temporary import permits for rifles, you may only bring a maximum of 60 rounds of ammunition per caliber with you.

To prevent the baggage fees and hassle that can come with traveling with many boxes of weighty ammo, we recommend having us purchase the ammunition in South Africa ahead of time on your behalf. Please let us know well in advance to allow us time to source the ammunition.

The best time for bird hunting is April to June.

Bolt action rifles for rifle hunting South Africa is by far the most popular choice.

A concern for most international hunters wanting to hunt Africa is which caliber to use. Please see our recommended calibers at the bottom of this page.

Paramount to proper caliber and optics, the rifle must be sighted to shoot accurately with the ammunition you will be using. Shot placement is as critical as the hardware. Please spend time at the shooting range making sure your rifle fires at point-of-aim. Wounded game in South Africa is considered bought and paid for, even when not found.

We understand that with international travel, a minor bump can make for a major calibration issue. As scopes can get thrown off during travel, we will sight in the rifle before going out into the field and you can fire off a couple test rounds at our range to make sure everything is in working order before pursuing your first animal.

Double rifle hunting South Africa is most commonly used for those who wish to hunt dangerous game, as most double rifle calibers are on the larger side.

We are starting too see a new trend of hunters choosing to hunt with handguns. There is a growing number of handgun hunters who are able to accurately hit small targets at long range. Some handgun hunters have even gone after the Big 5 and other dangerous game.

No matter what you are going to hunt with your handgun, there are certain limitations set by the South African Authorities with regards to handguns used for hunting purposes. FDT Safaris suggests using the largest caliber handgun you can use with confidence when handgun hunting South Africa. Hunting dangerous game with a handgun is subject to minimum caliber limitations.

Best Ammunition and Calibers for Hunting in South Africa

Without doubt, we suggest using premium grade ammunition. In this regard we have certain definite suggestions as to ammunition manufacturers: Hornaday, Barnes TTSX, Barnes TSX, Woodleigh, Sierra, Federal Premium, Swift and other manufacturers of quality ammunition.

Still unsure about which caliber to bring for your South African hunting safari? Bring the caliber rifle you normally use, and feel comfortable using. We recommend .270 as the minimum caliber to bring along. If you are interested in small plains game or have children coming along, .243 will work well for the smaller species like duiker, springbok, impala and game up to the size of a blesbok. Any calibers in the .300-class will be more than enough for all plains game species.

We are dedicated to providing you with the pleasure of hunting numerous species of wild animals. To preserve the quality of the experience, the safari can be tailored to suit the individual clients needs. Frikkie himself started bow hunting 20 years ago, and was one of the first professional hunters to have successfully do a test with Nature Conservation on hunting dangerous game with a bow in South Africa.

Whether you are bowhunting in the United States or bow hunting in South Africa, the basic principles remain the same. The differences you will notice will be in the bow hunting hides and shot placement on African game. For bow hunters, strategically located blinds allow the bow hunter close access to game, ensuring the success of a clean kill. However, some game will be challenged on a walk and stalk, especially when going after dangerous game.

Hunting the Big 5 with a bow has some minimum requirements with regards to the draw weight of the bow you intend to use, as is the case with the arrow. The two pachyderms, elephant and rhino, may not be bow hunted in South Africa.

See additional details on Bow Hunting in South Africa below

The following are acceptable types of bows for bow hunting South Africa:

The following norms apply to the hunting of wild animals with bow and arrow:

These norms and standards are called the National Norms and Standards for the Regulation of the Hunting Industry, 2009.